ABOUT OUR HOUSTON LOCATION 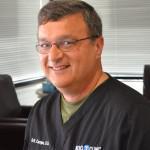 Dr. Salvatore Campo is the corporate medical director and directs the treatment plans at Men's T-Clinic. Dr. Campo has more than two decades of treating hypogonadism for men of all ages.  Dr. Campo earned his medical degree on a Navy scholarship from the University of Health Sciences in Kansas City, Missouri. He completed his residency in Anesthesia/Pain management from Yale University Medical School in 1995. Since coming to Dallas he has been in private practice as an interventional pain specialist and the medical director of the Men’s T Clinic. He is a retired Navy captain and a veteran of both Desert Shield/Desert Storm and Iraqi Freedom. 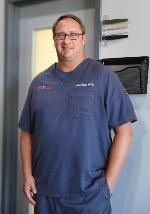 Michael Roach, MSN, BSN, FNP-BC has built a career on core values; integrity first, service before self, and a strive for excellence. Inducted into service in 1993, he honorably served our nation for fifteen years, as a Hospital Corpsman, in the United States Navy and then as a Flight Nurse, for the United States Air Force. Graduated from Louisiana State University with a Bachelor of Science in Nursing and then a Master of Science in Nursing from Saint Louis University, Michael also graduated from USAF Air University, Officers Training School, with Honors. He continued his medical career providing care as a Trauma Nurse in multiple trauma centers in Houston and the Gulf Coast Region. For the last ten years, he has had the distinct privilege of working in the field of Hormone Replacement Therapy. Through proper diagnose, treatment, and continued follow up, he believes patients can live a more active and productive life (mentally, physically, and sexually). On his off time, Michael co-founded a local non-profit soccer club which has provided scholarships, training, and support to underprivileged players and families. Outside of being an avid soccer fan, he enjoys spending time with his family, wife Lindsi, and their four children: Alex, Collin, Shane, and Sloane.