ABOUT OUR GRAPEVINE LOCATION

Conveniently located on the northeast corner access road of William D. Tate and HWY 114 in close proximity to Uncle Julio’s. This is our 4th DFW location and 9th clinic overall built to handle the needs of our ever-increasing patient demand for those that live to far to visit us at our other 3 DFW locations. The Clinic Director, Gary Watkins, PA-C, is well versed in men’s health having many years of experience in the field. Stop in today to see how Gary can help you get back to being you! 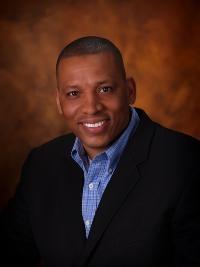 Dr. Johnson was recruited to the North Dallas area in 2000 in preparation for the explosive growth of this community. He founded Stonebriar Medical Associates shortly thereafter and has been successful in maintaining a medical practice that is fully independent of the hospital-owned and large group practice models. He was raised in Silver Spring, MD and is an alumni of Michigan State University and The University of Kansas School of Medicine. He is a proud veteran, having served his country in the United States Army Medical Corp.

Dr. Johnson is an active member of the American Medical Association and is a member of the Organized Medical Staff Section which is the only physician-led, national group that advocates for medical staff organizations and their members. The OMSS empowers physicians affiliated with medical staffs, whether employed or in private practice, to improve patient outcomes and physician experience, and to otherwise effect positive change in their practice environments.

Dr. Johnson is an active member of the Texas Medical Association and is currently a delegate to the Council of Legislation which develops and implements legislative policies at the state and national levels. When not striving to keep his patients happy and healthy, he enjoys cycling, running, woodworking, the arts, and family time. 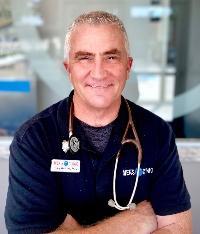 PA Gary Watkins graduated from the U.S. Navy Physician Assistant program earning a Bachelor of Science degree from George Washington University in Washington, D.C. in 1993 and was Commissioned as a United States Naval Officer. He later earned a Master’s degree from the University of Nebraska Medical Center, specializing in Family Practice Medicine in 1999. Gary served in the U.S. Navy from 1981 – 2001 where he worked as a Hospital Corpsman, a Laboratory Technician and later as a Physician Assistant. During his time in the Navy, Gary served in two overseas assignments, the U.S. Naval Hospital Subic Bay Philippines in 1982 and at the U.S. Naval Hospital Guam in 1994. Gary also served at the Office of the Attending Physician to Congress - at the U.S. Capitol in Washington D.C. 1991-1993, serving the medical needs of members of Congress to include - U.S. House of Representatives, U.S. Senators and U.S. Supreme Court Justices. During his tour of duty at the U.S. Capitol, Gary also served as medical staff during special sessions of Congress, State of the Union addresses and Presidential inauguration ceremonies. Gary later retired from the U.S. Navy in 2001 at the Naval Air Station, Joint Reserve Base in Fort Worth after serving a total of 20 years of active duty service. During his 20 years of service, he earned two Navy Commendation Medals and two Navy Achievement Medals. After retirement from the Navy, Gary worked in Urgent Care / Family Practice Medicine for approximately 13 years before he began working in Men’s Health and Wellness in 2014. Gary is happily married to his wife Emily now over 36 years and together they have three boys, Andrew, Kyle, and Chad. Gary enjoys running and recently finished two Cowtown Marathons and loves to promote a healthy lifestyle for all of his aging male patients.